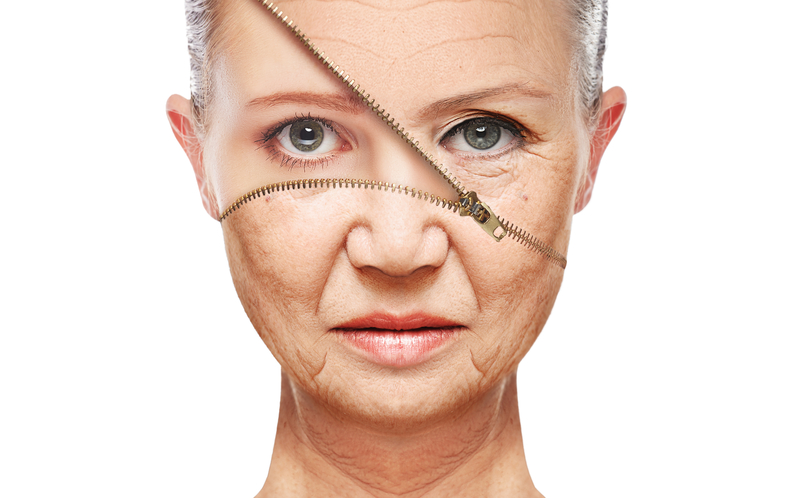 “In the Allure September issue, we took a vow — a big vow — to no longer use the term “anti-ageing” in all of our lexicon. Ageing is the natural progression of humans — it’s just what happens. “If there’s one inevitability in life, it’s that we’re getting older. Every minute. Every second,” Michelle Lee, Allure‘s editor-in-chief, wrote in her September issue editor’s letter. “We produced a video recently that featured 64-year-old grey-haired Jo Johnson, who made the poignant observation that aging should be appreciated because “some of us don’t get an opportunity to age.” Repeat after me: Growing older is a wonderful thing because it means that we get a chance, every day, to live a full, happy life.”

But just because we’re ageing doesn’t mean we can’t take care of ourselves in the process. Because let’s face it, thanks to the latest technology, there are some really cool innovations that help slow down the process (think: need-free fillers, “DNA sunscreen,” and more). Here, seven innovative, up-and-coming skin-care treatments that may just change the way we age.

Needle-Free BotoxThere is now three forms of muscle-freezing botulinum toxin: Botox (the OG), Dysport, and Xeomin. They all smooth fine lines for a few months, and they all involve a needle (and sometimes bruising). That could change in 2019, the soonest a topical form of botulinum toxin — temporarily named DaxibotulinumtoxinA Topical Gel (RT001), and we totally get why that’s temporary — could become available. The wipe-off gel has been tested on crow’s-feet in 1,600 subjects in clinical trials. One note before you get too excited: It won’t be DIY. A physician will have to administer it, but at least you won’t hear the words, “This is going to sting a little.” —Joan Kron

DNA Sunscreen It’s hard to wrap my head around the fact that there are still people who opt out of wearing sunscreen every day. But maybe they’d start slathering it on if their SPF was made with a crazy-cool ingredient, like, DNA? Scientists (and probably every dermatologist across the county) certainly hope so. According to a recent study published in the journal Scientific Reports, a research team from Binghamton University has discovered that cross-linked DNA molecules may provide protection against ultra-violet radiation (a.k.a. UV rays). For the study, they created a thin sheet of salmon sperm DNA, which, after it was exposed to both UVA and UVB light, blocked up to 90 per cent of UVB light and 20 per cent of UVA light. After much success, the team is now working on commercialization. —Sarah Kinonen

A New Way to Melt Fat…We’re all for body acceptance, but we’re also pretty excited that a breakthrough capable of shrinking fat cells will be in dermatologists’ offices soon. Called XAF5, it was discovered by accident when glaucoma patients using a certain kind of eye drops noticed diminishing fat pads under their eyes. Turns out the drops’ active ingredient, XAF5, binds to receptors on the surface of fat cells and makes them release their oil contents, reducing their size. It also prevents more fat cells from forming. According to a company-sponsored study, subjects who used the ointment under their eyes every night saw less fat in 11 weeks. The product will be available by prescription only and could be just the first use of this fat blaster: There’s promise for stomach and chin fat, too. —Brooke Le Poer Trench

A Game-Changing Wrinkle Filler Hyaluronic acid injectables (like Restylane and Juvéderm) have long been the dominant wrinkle fillers in dermatologists’ offices. They may soon be joined by a natural — and more long-lasting — option. Algeness is a gel containing a natural sugar (called agarose) derived from seaweed. In studies, it’s been shown to last longer than hyaluronic acid (up to 12 months). Other benefits: There’s no chance of an allergic reaction, and results are visible immediate- ly. Algeness is already available in Europe and could be available in the U.S. as early as this year. —Joan Kron

Injections for Fuller HairHair loss affects 40 million men and 21 million women in the U.S., but less than 7 per cent of those people seek any kind of treatment because, frankly, there’s not much to be done. Enter Histogen, a biomedical company. Its injectable Hair Stimulating Complex (HSC) has successfully regrown hair in study subjects. The active ingredients in HSC are human growth factors. In two clinical trials, hair count in male subjects increased up to 60 per cent 12 weeks after HSC injections, and more than 120 per cent a year later. In another trial, women saw equally promising results. —Joan Kron

The Non-Invasive Face-LiftA couple of years ago, Gwyneth Paltrow made headlines for endorsing a somewhat controversial facial cosmetic procedure: the “thread lift.” Now, years later, the Goop guru’s treatment is getting a safety overhaul. The thread lift is a “minimally invasive procedure for the face, neck, or jowls in which threads, which have small cones/graspers on them, are passed under the skin via a large needle,” Norman Rowe, a board-certified plastic surgeon in New York City, tells Allure. “The cones then grab hold of the skin from the undersurface and pull to re-suspend the skin in a lifted more youthful position.” (Imagine: A puppeteer pulling the strings of a puppet from its head.) The latest version of the treatment is done with dissolvable threads, unlike the original permanent suture materials, which were sewn under the skin. —Sarah Kinonen

Lighter Breast ImplantsBoob jobs are on the rise, and so is the size of implants. In the U.S., 350-cc implants (translation: nearly a D cup) are becoming the norm. But larger implants are heavier and put more strain on breast tissue, causing sagging, poor posture, and back pain. To solve this problem, G&G Biotechnology, an Israeli company, has spent ten years developing the B-Lite, a gel implant that is 30 per cent lighter than conventional ones. Mixed into the gel are millions of borosilicate microspheres, the same kind already used by NASA to lighten space shuttles and make ocean explorers more buoyant. The B-Lite has just been introduced in Europe and Israel; studies for FDA approval here could be completed in about three years. —Joan Kron